You don’t just “see” the Kentucky Derby – you become a part of it! Enjoy this selection of the many newspaper and magazine articles below that have chronicled the history of our Kentucky Derby Tours.

Cementing their Place in Derby Lore
“These guys left their prints all over the race” By C. Ray Hall Re-printed by permission of the Louisville Courier Journal, May 1, 2008

Greenfield Man looks back on his Derby Days
by Paul Post Re-printed by permission of The Saratogian, May 3, 2008

King For A Day
Ray York aboard Determined in the Winners Circle at the 1954 Kentucky Derby Re-printed by permission of The Voice-Tribune, Louisville, Kentucky, originally published in their May 2, 2007 issue

Oldest living Derby-winning jockey returns 70 years after victory
The oldest living jockey to win the Kentucky Derby is back in town hoping to figure out something that has bugged him for years. originally published in the Sporting News May 13, 2006

Let’s Go to the Races
“Fans create excursions to enable themselves and others to witness the world’s most famous races” by Bill Heller originally published in the Thoroughbred Times, March 2, 2002, courtesy of Bill Heller

A Month of Mays in Louisville
“The Times’ Bill Christine has seen a lot in 30 years at the Kentucky Derby” by Bill Christine, Times staff writer courtesy Los Angeles Times, April 27, 1998 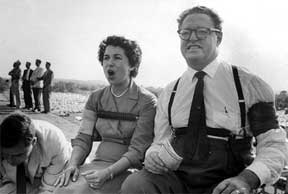 Bad Day for Silky, Worse for Silky’s Fans
“They have an agonizing letdown as their hero is 12th in Derby” courtesy Life magazine, May 12, 1958 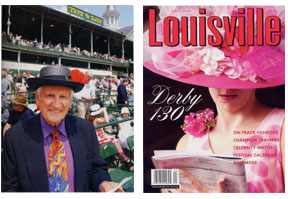 Mr. Howard Hammer, one of our fashionable junketeers who participated in the 2003 Kentucky Derby, was featured in the April 2004 edition of Louisville magazine.