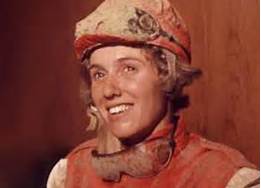 America’s Most Wanted Thoroughbred Contest is designed to educate the equestrian public about the process of training an ex-racehorse for a second career. The horses are new to their respective disciplines, but their trainers are experts.

The public can watch their progress on the RRP website RetiredRacehorseProject.org and will vote for their favorites from September 25 – 28. A second round of voting will take place during the October 5 demonstrations and immediately after.

Chris McCarron, Rodney Jenkins, and Diane Crump will team up at Pimlico Race Course on Sunday, October 5 to provide commentary and insight on the performances of ten Thoroughbred ex-racehorses performing in ten equestrian sports during the Retired Racehorse Project’s Thoroughbred Makeover: A Marketplace and National Symposium.

“We chose these judges not only because they are three of the most accomplished horse people in America, but also because they are three of the most entertaining personalities in racing,” said RRP President Stuart Pittman. The role of the judges is to comment on each performance and question the trainers in a format similar to that of Fox Television’s American Idol. They do not decide the winners but can influence the popular vote with their commentary. The event offers $10,000 in purse money and can be watched live at BloodHorse.com. It will be emceed by Stan Salter of Maryland Horse Radio.

Chris McCarron retired as a horse racing jockey in 2002 as America’s all-time leader in earnings. He won two Eclipse Awards, was inducted into the Racing Hall of Fame, and later served as General Manager of Santa Anita Park and racing analyst for TVG. In 2005, he created the North American Racing Academy to train future exercise riders, jockeys, and horsemen.

Rodney Jenkins trains a strong barn of some forty racehorses out of Laurel Park, but made history in the horse show world. He not only dominated both the hunter and jumper rings throughout the 70s and 80s, but he did it primarily on Thoroughbreds. Press release.