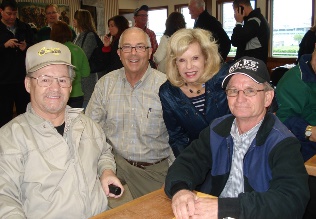 The most significant change to the stakes menu this year at according to this edited press release by Churchill Downs involves the now former Derby Trial. The Grade III, one-mile race for 3-year-olds – which produced 13 Kentucky Derby winners mainly in the 1940s and 50s but has been less meaningful in recent years because of today’s modern training methods – has been moved from Opening Night to Kentucky Derby Day, renamed the Pat Day Mile and boosted by $50,000 from $150,000 to $200,000.

The renamed race appropriately honors Churchill Downs’ greatest jockey. Enshrined in the National Museum of Racing’s Hall of Fame in 2005, Pat Day won a record 2,482 races at Churchill Downs, including 156 stakes, from 1980-2005. His local win total is more than double of his closest rival, fellow Hall of Famer Calvin Borel, who has won 1,176 races beneath the Twin Spires.

“There’s no better way for Churchill Downs to show its appreciation and honor Pat Day – a legendary jockey, great ambassador of horse racing, pillar in the Louisville community and a man known for his devout faith – than to pay tribute with a race named in his honor on Kentucky Derby Day, America’s greatest day of racing,” said Churchill Downs Racetrack President Kevin Flanery. “We’re thrilled to salute one of our most beloved individuals and role models.”

“It’s a tremendous honor to have a race at any time or any kind named in your honor – that’s an honor in and of itself,” Day said. “But to have a race such as the Derby Trial moved to Kentucky Derby Day and have it renamed the Pat Day Mile is out of the park. That’s just unbelievable. To say that we’re honored is an understatement. In the same way that I was unable to describe the feeling of winning the Kentucky Derby, I find myself at a loss for words to describe the feeling of having this occur. God continues to bless me. I truly appreciate the sentiment and thank Churchill Downs for the honor.”

“We’ve been kicking around the idea of moving the Derby Trial to Kentucky Derby Day for a couple of years now because the race is clearly not a significant step to the Derby anymore with the way horsemen train their horses today,” said Ben Huffman, Churchill Downs Racetrack’s Director of Racing and Racing Secretary. “We revere the storied history of the race but ultimately feel that a one-turn mile race with familiar 3-year-olds that aren’t up to the mile-and-a-quarter distance could prove to be very popular with both horsemen and fans alike on Kentucky Derby Day. We think this really bolsters an already substantial Derby Day card.”

The former Derby Trial was first run in 1924 and that inaugural running was won by Black Gold, who returned to win the Derby. Others who swept both races include Triple Crown winner Citation (1948), Hill Gail (1952), Dark Star (1953) and Tim Tam (1958). Horses that failed to win the Derby Trial but won the Kentucky Derby include Triple Crown winners Whirlaway (1941) and Assault (1946), Lawrin (1938), Gallahadion (1940), Ponder (1949), Middleground (1950), Determine (1954) and Iron Liege (1957). Assault and Iron Liege finished off-the-board in their respective runnings of the Trial, while the others were runners-up in their renewals. The most recent Derby Trial winner to play a significant role in the Kentucky Derby was B. Wayne Hughes’ Don’t Get Mad, who finished fourth to Giacomo in the 2005 Derby.