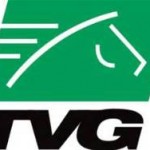 Betfair’s TVG subsidiary and The Stronach Group today announced a landmark transaction to improve the quality and quantity of televised horse racing in the United States, capitalizing on The Stronach Group’s investment in an enhanced racing experience and TVG’s investment in state-of-the-art high definition television capabilities. Under the deal, TVG will assume the operations of HRTV, which will be operated from the TVG Studio complex in Los Angeles. The unified television operations will feature races from Santa Anita, Gulfstream Park, Pimlico, Laurel Park, and Golden Gate Fields over a seven-year period, as well as additional premium domestic and international racetracks.

“This is a very exciting step for TVG and HRTV as it enhances our ability to deliver premier horse racing content to our viewers, to show more races and to promote racing in the US,” said TVG CEO Kip Levin. “With our recent investment in our new, state of the art, HD studios now complete, we’re pleased to expand our coverage of the Stronach Group tracks as part of a unified TV platform. This agreement is part of TVG’s commitment to deliver the very best in US racing, to generate incremental wagering on our advanced-deposit wagering platform and, to drive additional advertising and distribution opportunities.”

“Combining the significant investments we have made in our facilities and racing content with TVG’s significant investments in television technology and distribution is the best way forward for ensuring a world class experience for all of our important customers and our fellow stakeholders in racing,” said Alon Ossip, CEO of the Stronach Group.

Betfair will make an initial payment of $25 million and estimates that it will pay further consideration totaling $47.8 million over the seven-year period, although the total consideration is dependent upon TVG’s future handle. Based on projected future cash flows, the present fair market value of these payments is estimated to be $56.3 million. In the last twelve months, under previous agreements, TVG paid $4.3 million in television fees to HRTV related to television content, including The Stronach Group racetracks, for which HRTV has held exclusive rights. This transaction eliminates the need for TVG to pay those television fees.

Following the transaction, Betfair will own 100% of the equity in the unified television operation. The transaction does not include XpressBet, the advanced-deposit wagering company owned by the Stronach Group.