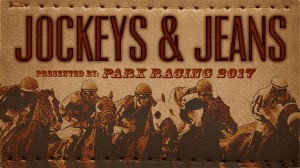 Seventeen Hall of Fame jockeys will attend the fourth annual Jockeys and Jeans fundraiser for the Permanently Disabled Jockeys Fund (PDJF) at Parx Casino and Racing near Philadelphia on Saturday, June 3. The number exceeds the 14 who attended the group’s third event at Gulfstream Park last year and will be one of the largest gatherings of Hall of Fame jockeys outside the Saratoga Springs, NY, induction ceremony.

But Krone may be the “Belle of the Ball.” She is the first female jockey to win a Breeders’ Cup race and the only one to win a Triple Crown race (Colonial Affair in the 1993 Belmont Stakes). She’s appeared on Late Night with David Letterman and The Tonight Show with Jay Leno and is one of eight jockeys to have appeared on the cover of Sports Illustrated. In separate spills in 2003 she broke bones in her lower back, fractured several ribs and severely tore several muscles. USA Today later named her one of The Top 10 Toughest Athletes.

“When I got injured it was the worst feeling,” she said. “You are in pain, you are unable to work, and you miss the chance to enjoy life with friends. It’s even worse when the injuries are permanent and the only help some people have is the PDJF. I thank my lucky stars I walked away from my career in one piece.”

At the event she will meet two female former jockeys, Linda Hughes and Sidney Underwood, who, in essence, did not. Each day on Hughes’ tiny South Florida farm, the paraplegic still rides her aging quarter horse Tally and helps as he gives free rides to children with brain injuries. When Underwood wheels her chair into Parx’s winner’s circle for a special photo, she will be on the same hallowed ground she graced as both a jockey and trainer. “I’ll be ecstatic,” she said. “It was the first track I rode over and the first place I won a race. And it’s got to be exciting to see so many people I know.”

The two will join permanently disabled jockeys Vincent Amico, Sam Boulmetis, Jr., Tony Dlugoposki, and Jayme LaRocca as special honorees. Jockeys and Jeans is a group of volunteer former jockeys formed in 2014 to raise funds for PDJF, which makes monthly payments to over 60 former jockeys who suffered catastrophic on-track injuries. The Jockeys and Jeans fundraiser is hosted by a different race track each year and to date has raised some $650,000 for the charity.

The event starts at noon. Tickets are $40 at https://www.parxcasino.com/calendar?id=jockeysn-jeans-20170603-1200 and www.jockeysandjeans.com. Silent auction items can be viewed at www.32auctions.com/Jockeysandjeans.