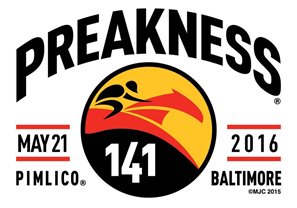 Santa Anita Park stable notes tells us that Team O’Neill hopes it’s déjà vu all over again when Nyquist runs in the Preakness Stakes on May 21, hopefully following on the path American Pharaoh took to capture the Triple Crown last year.

All systems were go for Nyquist at Pimlico, where the 141st Preakness will be contested at 1 3/16 miles a week from Saturday.

“Nyquist jogged today at Pimlico, and I received a short clip from Doug with everybody smiling,” said O’Neill assistant of 15 years, Leandro Mora, at Santa Anita Thursday morning. “(Exercise rider) Jonny (Garcia) was on the horse and gave Doug a thumbs up.

“(Assistant) Jack (Sisterson) also sent me a text to keep me posted, so we’re all smiling right now. The track was wet but he jogged at his normal time and he was fit.

“We are not going to breeze him before the Preakness, merely baby-sit him, because with just two weeks from his last race, there’s nothing major you need to do. He just ran a mile and a quarter, so he’s very fit.”

Said O’Neill of Nyquist in a Pimlico press release: “He looks fantastic. The guys are all happy. He’s a horse that gives off such positive vibes. He still continues to talk to us in his own way, and he’s doing really well.”

Video of Nyquist on the track at Pimlico on Thursday morning – https://www.youtube.com/watch?v=201j62hi1z0&index=3&list=PL1P9iMaZ8YaOofhb0GTjcamzA1x4slM8j

Back at Churchill Downs:
Kentucky Derby runner-up Exaggerator walked today and is scheduled to go to the track the next two days before vanning to Pimlico on Sunday.
Cherry Wine galloped 1 ½ miles under Faustino Aguilar after the morning renovation break.
Collected galloped 1 ½ miles under George Alvarez before the break.
Dazzling Gem galloped 1 3/8 miles under Fernando Espinoza after the break
Fellowship galloped a mile before the break under Brian O’Leary.
Gun Runner jogged to the starting gate where he stood before galloping nearly once around under Carlos Rosas.

Back at Santa Anita Park:
Kentucky Derby winning jockey Mario Gutierrez was welcomed back to Santa Anita on post parade for race one, but his mount, Tap It All, a first time starter trained by Doug O’Neill and owned in-part by Reddam Racing, LLC, was unable to live up to the standard set by her superstar stablemate, undefeated Nyquist, as the 2-year-old daughter of Tapizar ended up a well beaten second at odds of 1-9.