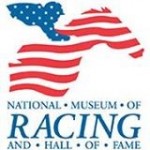 The National Museum of Racing and Hall of Fame will reopen to the public on Saturday, Sept. 5 at 9 a.m. The Museum has been closed since January for the installation of a new state-of-the-art Hall of Fame experience as well as multiple new and updated exhibitions. The Museum has put in place a number of enhanced safety protocols in response to the COVID-19 pandemic and is a Saratoga Cares Stay Safe Pledge institution with a commitment to the health of Saratoga County residents, workers, and visitors.

The Museum will be open daily from 9 a.m. to 5 p.m. The new signature film, What It Takes: Journey to the Hall of Fame, will initially be shown at 10 a.m., 12 p.m., 2 p.m., and 4 p.m. daily. Per New York State health policies, the Museum will open with a maximum of 24 visitors admitted every two hours. Guests are encouraged to purchase tickets online at www.racingmuseum.org beginning Aug. 31. Hand sanitizer stations will be available throughout the Museum and the floor has been marked to create an easy-to-follow route through the building, with added markers reminding guests to practice social distancing. Face coverings are mandatory for all guests. Museum members have special access to make reservations before the general public beginning today through Aug. 28. Members wishing to do so are invited to call (518) 584-0400 ext. 109.

“We’re very excited to be open to the public and have the opportunity to share with everyone all the incredible projects that we’ve been working on,” said John Hendrickson, the Museum’s president. “We set out with an ambitious goal of being the best and most interactive hall of fame in the country. I believe we have accomplished that goal. Our great sport deserves a showcase venue that everyone can be proud of. This is a game-changer for the Museum and it is everything we hoped it would be when we began the process to reimagine and enliven our institution. The Museum is now an essential destination that can’t be missed.”

What It Takes: Journey to the Hall of Fame is a 16-minute film that brings viewers on an amazing journey through the various aspects of thoroughbred racing and examines the rare honor—given to less than one percent of the sport’s participants—of reaching the game’s pinnacle and earning a coveted spot in the Hall of Fame. The immersive theatrical experience conveys the exhilaration of the sport of thoroughbred racing in America, the passion behind the heritage of the game, and the thrill of exploring the stories of “what it takes” to be among the greatest of the greats in the Hall of Fame.

Filmed and produced by Donna Lawrence Productions of Louisville, Ky., and narrated by famed broadcaster Bob Costas, What It Takes: Journey to the Hall of Fame, features original footage shot in 8K resolution from various racetracks and thoroughbred farms throughout the country. Numerous Hall of Fame inductees are highlighted in revealing interviews about their experience in the sport and what it took for them to earn racing’s highest honor. Hall of Famers featured include Bob Baffert, Javier Castellano, Angel Cordero, Jr., Pat Day, D. Wayne Lukas, Richard Mandella, Chris McCarron, Shug McGaughey, Bill Mott, Carl Nafzger, Mike Smith, Gary Stevens, and John Velazquez, among others.

Following the film, guests are invited to learn about the careers of the Hall of Fame inductees on the theater’s nine interactive stations. Each of the 459 Hall of Fame inductees are represented through an in-depth digital plaque, media gallery, and achievements page. More than 100 videos and 2,100 photographs are included in the interactive Hall of Fame exhibit with more media content to be added and updated regularly. Each visitor will be provided a stylus with admission to use on all the touchscreen interactive exhibits throughout the Museum.

Along with the new signature film and interactive Hall of Fame experience, the Museum has made several other exciting new additions and updates. Some of those include: Race Day Gallery, Call the Race, The Jockey Club Gallery, The Paintings of Martin Stainforth, Photo Finish: Juried Photography Exhibition, Edward P. Evans Gallery current exhibitions, McBean Gallery current exhibitions, and a new Gift Shop.