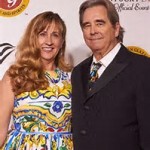 What do you do the night before the Kentucky Derby?

GO to the Unbridled Eve Gala!

Next to take the stage was former “Kansas” lead singer, John Elefante who sang classic hits such as Point of “No Return,” “Dust in the Wind,” “Cold as Ice,” and “Wayward Son.” Wally Palmar, lead singer of The Romantics followed Elefante’s lead kicking off his set with “Talking in Your Sleep,” “Rock You Up,” and “What I Like About You.”

Guests packed the dance floor as three-time Billboard Award winner, Taio Cruz performed his hits, “Dynamite” and “Break Your Heart” followed by a set of throwbacks from headliner Morris Day & The Time including the hit “Jungle Love.”