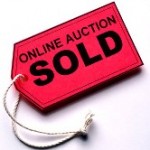 The R.A.C.E. Fund, a 501 C 3 non-profit organization established in 2004 and TAA accredited, launches its 2017 fund drive with an online auction on eBay starting May 26th at 8:00 PM (EST) and ending on June 2nd to help raise funds for racehorse retirement and rescue.

Other items to be auctioned are autographed pictures by Hall of Fame jockey Calvin Borel of his 2007 Kentucky Derby victory on Street Sense and Rachel Alexandra when she won the 2011 Woodward Stakes, and a signed picture by jockey Mike Smith winning the 2016 Breeders Cup Classic on Arrogate donated by Gallery of Champions and more.

“We have some very exciting auction items again this year. We would like to especially thank volunteer Roxanne Campbell for her tireless efforts as well as Calvin Borel, Airdrie Stud, Inc. Mrs. Pat Chapman and Calumet, Castleton Lyons, Claiborne, Darley, Denali Stud, Gainesway, Lanes End, Taylor Made, Timber Town Stables and WinStar for their generous support by donating such valuable items of racing champions to help us raise funds,” stated Marlene Murray, President of the R.A.C.E. Fund.

All proceeds raised will be used to help thoroughbred racehorses in need of retirement and rescue from slaughter.