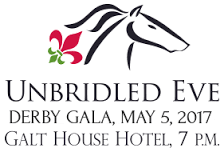 The star-studded celebration continues with silent auction bidding on more than 100 unique and coveted items and once-in-a-lifetime experiences. Guests will also be treated to a plated gourmet meal served in the Grand Ballroom which is exquisitely decorated by Millennium Events. Always highly anticipated, the night is topped off with multi-genre musical experiences featuring many stars of yesterday and today. This year’s acts will be announced shortly.