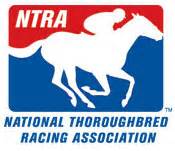 Voting is now underway via the National Thoroughbred Racing Association (NTRA) website, www.ntra.com, for the 16th annual NTRA Moment of the Year. Fans can choose from among 10 of the year’s most memorable, moving and significant events in Thoroughbred racing. The winning moment will be revealed the morning of January 16 at the annual ThoroFan Awards Breakfast at Gulfstream Park Racing & Casino in Hallandale Beach, Fla., and recognized at the following evening’s 44th Annual Eclipse Awards, also at Gulfstream Park.

To vote for the “NTRA Moment of the Year,” visit ntra.formstack.com/forms/ntra_moment_of_the_year.
The eligible moments were selected to illustrate a wide range of human emotions and achievements as well as outstanding displays of equine athleticism. Listed chronologically, the events that fans can choose from are:

• With his victory aboard We Miss Artie in the Spiral Stakes at Turfway Park, Hall of Fame jockey John Velazquez becomes the first North American rider to surpass $300 million in career earnings. (March 22)

• California Chrome wins the 140th Kentucky Derby at Churchill Downs in front of a crowd of 164,906, second-largest in Derby history. (May 3)

• Two-time Horse of the Year Cigar dies at Rood & Riddle Equine Hospital from complications following surgery for severe osteoarthritis in his neck. (October 7)

• Bayern survives a tense inquiry into bumping at the start to win a controversial running of the $5 million Breeders’ Cup Classic. (November 1)