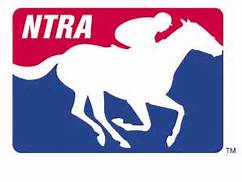 Thoroughbred racing fans again have an opportunity to have their voices heard at the Eclipse Awards by voting for the 2016 NTRA Moment of the Year. Voting is now open on the National Thoroughbred Racing Association (NTRA) website, NTRA.com, and via Twitter, where every retweet or use of the official hashtag for the moments presented on the @NTRA account will be counted as one vote.

The NTRA Moment of the Year is the only honor given out during the Eclipse Awards that is determined entirely by the public.

Fans can choose from among 14 of the most memorable, moving and significant events from Thoroughbred racing in 2016. The winning moment will be revealed during the 46th Annual Eclipse Awards, set for January 21 at Gulfstream Park Racing & Casino in Hallandale Beach, Fla.

The eligible 2016 moments were selected to illustrate a wide range of human emotions and achievements as well as outstanding displays of equine athleticism. The events that fans can choose from are listed chronologically as follows, along with the designated hashtag that can be used to vote:

• #NyquistDerby – Reddam Racing’s Nyquist takes the lead in upper stretch and holds on to win the 142nd Kentucky Derby Presented by Yum! Brands by 1 1/4 lengths and remain undefeated. It is the second Derby win for the connections that campaigned I’ll Have Another to glory in 2012. (May 7)

• #BensCat – Ten-year-old Maryland-bred Ben’s Cat wins the $100,000 Jim McKay Turf Sprint at Pimlico Race Course for the fourth consecutive year and fifth time overall. Bred, owned and trained by legendary Mid-Atlantic horseman and Hall of Famer King Leatherbury, the popular gelding splits horses in deep stretch and gets up to win by a neck. (May 20)

• #ExaggeratorPreakness – Derby runner-up Exaggerator, owned by Big Chief Racing, wins the Xpressbet.com Preakness Stakes in front of a record crowd of 135,256 at Pimlico while handing favored Nyquist his first defeat. (May 21)

• #FrostedMetMile – Frosted wins the 123rd Metropolitan Handicap by a stunning 14 1/4 lengths in 1:32.73, a stakes record margin and final time in one of America’s most historic races. (June 11)

• #SummerofSongbird – The brilliant Songbird remains undefeated by effortlessly taking Saratoga’s marquee race for 3-year-old fillies, the Alabama, by seven lengths. It is her second Grade 1 win of the Spa meet and her 10th straight win overall. (August 20)

• #ArrogateTravers – Making his stakes debut, Juddmonte Farms’ Arrogate runs into the history books by winning the Travers by 13 1/2 lengths in track-record time of 1:59.36 for 1 1/4 miles under Mike Smith at Saratoga Race Course. (August 27)

• #SpinawayDeadHeat – The site of so many memorable finishes, Saratoga Race Course produces another historic moment when two Tapit fillies, Sweet Loretta and Pretty City Dancer, dead-heat in the Spinaway, a first in the 2-year-old filly fixture’s 125 runnings. (September 3)

• #LadyEliFlowerBowl – Popular multiple Grade 1-winning filly Lady Eli guts out her first victory of 2016 in the Grade 1 Flower Bowl Invitational at Belmont Park, 15 months after fighting off a life-threatening case of laminitis. (October 8)

• #BeholderDistaff – Spendthrift Farm’s three-time champion mare Beholder comes out on the winning end of a tight photo with undefeated filly Songbird following an epic stretch duel in the Longines Breeders’ Cup Distaff at Santa Anita Park. It is the third Breeders’ Cup victory for Beholder, trained by Richard Mandella and ridden by Gary Stevens, to go with wins in the 2013 Distaff and the 2012 Juvenile Fillies. (November 4)

Fans are permitted to vote for multiple moments but there is a limit of one vote per moment from every Twitter account. Subsequent votes from an account will be disqualified. Votes must be received by 11:59 p.m. (ET) on January 4, 2017.