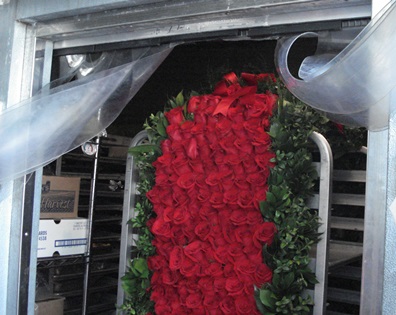 The current form of the garland was first introduced in 1932 for the 58th running won by Burgoo King.

Kingsley Walker Florist shop crafted the Derby garland for more than 50 years, starting in 1932. Betty J. Korfhage who passed away in 2002 was a fourth generation owner of the shop.