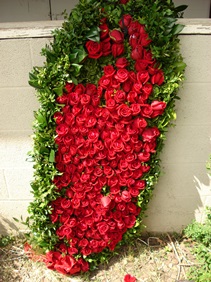 The big day is here!

The day when horse racing fans will be at many venues watching televisions which are glued to NBC Sports and then there are some lucky ones will be on the edge of their seats at Churchill Downs waiting for the 2015 Kentucky Derby to be run.

For those lucky enough to be in Louisville, visiting the Kentucky Derby Museum is a must. This thoroughbred horse racing museum is celebrating its 30th anniversary this year. The Museum is located on the grounds of Churchill Downs in Louisville, Kentucky. Dedicated to preserving the history of the Kentucky Derby, it first opened its doors to the public in the spring of 1985. Much of its early funding came from a donation from the estate of James Graham Brown.

The Kentucky Derby Museum consists of two floors of exhibit space, including a 360-degree theater that shows the HD video The Greatest Race. Through the film and exhibits, visitors can learn what goes into the breeding and training of a young foal and the path it takes to the Kentucky Derby’s winner circle.

There are the parties that are too numerous to mention. Each night of Derby week has a plethora of parties one can attend from the Kentucky Derby Trainers Dinner (another event that Kentucky Derby Tours attends), A Taste of Kentucky, Unbridled Eve, Barnstable-Brown Party, Hermitage Grand Gala, to the Silks in the Bluegrass.

Then on Derby Day, there are the thousands of neighborhood, city, casino, hotel and racetrack parties all over the country! Wherever you are this 2015 Kentucky Derby Day, have a wonderful time.