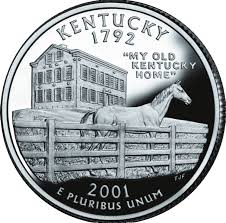 The composer of the song, Stephen Foster, died in New York’s Bowery district Jan. 10, 1864, at the age of 38.
To honor the composer, Churchill Downs created the Stephen Foster Handicap in 1982. The race for 3-year-olds and older at 1 1/8 miles, has grown in popularity and is a Grade II event with a purse of $750,000, the richest stakes at Churchill Downs besides the Derby.