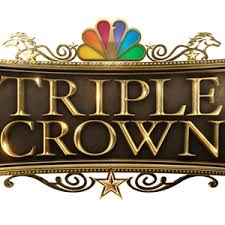 The early deadline for owners and trainers of promising 3-year-old Thoroughbreds to make their horses eligible for the coveted races of the 2015 Triple Crown series is approaching quickly. The window to the early nomination phase for the trio of American classic races that includes the $2 million-guaranteed Kentucky Derby Presented by Yum! Brands (Grade I), the $1.5 million-guaranteed Preakness (GI) and the $1.5 million-guaranteed Belmont Stakes (GI) will close on Saturday, Jan. 17.The nomination of each horse must be accompanied by a fee of $600 to make that individual eligible to compete in any or all races in the series.

The 2015 Triple Crown series opens on Saturday, May 2 with the 141st running of the 1 ¼-mile Kentucky Derby at Churchill Downs in Louisville, Ky. The 140th Preakness, the 1 3/16-mile second jewel, is set for Saturday, May 16 at Pimlico Race Course in Baltimore, Md. The 147th running of the Belmont Stakes, its 1 ½-mile final leg, is scheduled for Saturday, June 6 at Belmont Park in Elmont, N.Y.

All Triple Crown nominations made by traditional mail during the early phase must be postmarked by the Jan. 17 closing date. Nominations can easily be made online at www.TheTripleCrown.com, or via telephone with a designated representative from one of the three Triple Crown host tracks. Online and telephone nominations must be made prior to the 11:59 p.m. deadline on Jan. 17.

The roster of early nominees to the 2015 Triple Crown races will be released on Saturday, Jan. 31 at 2 p.m.
The Kentucky Derby field has been limited to 20 starters since 1975 and the horses that enter the starting gate for this year’s running will again be determined by points earned in the “Road to the Kentucky Derby” eligibility system, which debuted in 2013. If Derby entries total more than the maximum field of 20, up to four “also eligible” entrants will be permitted. If one or more starters is scratched prior to 9 a.m. (Eastern) on Friday, May 1, the also-eligible horse or horses with the highest preference in the “Road to the Kentucky Derby” system will be allowed to replace the scratched horse or horses in the starting gate.

The field for the Preakness is limited to 14 starters, while the Belmont Stakes permits a maximum field of 16 horses.