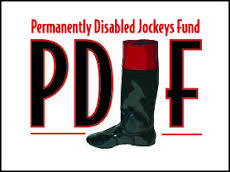 Sixteen of the greatest riders in the history of Thoroughbred horse racing will gather at Saratoga Race Course on Saturday, August 9 for the first-ever “Jockey Legends Day” to benefit the Permanently Disabled Jockeys Fund.

“Jockey Legends Day” brings together a group that includes 10 Hall of Famers and the winners of two Triple Crowns, 28 Saratoga Race Course meet titles, 72,485 career victories and more than $1.86 billion in lifetime purses, along with 13 Eclipse Awards and 35 individual Triple Crown races.

Saratoga favorites Angel Cordero, Jr., Ramon Dominguez and New York Racing Association racing analyst Richard Migliore are among the former jockeys who will sign autographs from noon to 1 p.m. outside the jockeys silks room for a one-time $10 donation to the PDJF.

All the jockeys will be recognized in a special red-carpet ceremony on the track between the fifth and sixth races.

The event is being held the day after the induction of horses Ashado, Curlin and Clifford; trainer Gary Jones; jockeys Alex Solis and Lloyd Hughes; and sportsmen Edward R. Bradley and Edward P. Taylor to the National Museum of Racing’s Hall of Fame across Union Avenue from Saratoga Race Course. Above per a NYRA press release.

Saratoga Race Course, which has a capacity of 50,000, is a thoroughbred horse racing track in Saratoga Springs, New York, United States. Opened in 1863, it is the second oldest racetrack in the US (after Freehold Raceway), though it is often considered to be the oldest sporting venue of any kind in the country.