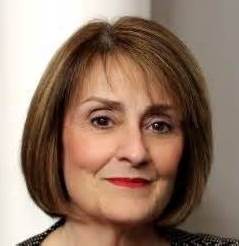 Lynn Ashton served as the Kentucky Derby Museum’s Executive Director and President for just over 20 years before retiring in July of this year. She was honored on November 13th by the Louisville Convention and Visitors Bureau in the organization’s annual “Hospitality Heroes” program.

The Louisville Convention and Visitors Bureau event is designed to recognize exceptional individuals in the Louisville hospitality and tourism industries. Lynn received the Dan Mangeot Award which is awarded to the individual who “has made significant contributions to the advancement of tourism and has a lifetime history of supporting the hospitality industry.”

Ashton’s major accomplishments with the Kentucky Derby Museum include overseeing a 10,000 square foot expansion in the 1990s, as well as revitalizing the local tourism staple with a $10 million facelift following devastating flooding in 2009.

No one could have predicted a better year or position to leave the Museum. After a 37 year absence, American Pharoah was a Triple Crown winner in 2015. This year Lynn arranged and oversaw the remake of the Museum’s famous 360 degree high resolution presentation of the Kentucky Derby. “The Greatest Race” is the culmination of the first floor experience, providing all the aura and action of the Kentucky Derby. Hear testimonies from Derby winners and experience the thrill of competing in the Kentucky Derby. The film is normally updated with footage but this year many of the scenes were also updated. The weather could not have been better. The movie plays at 10 minutes after the hour, every hour and is part of general Museum admission.