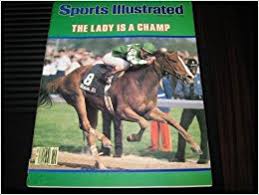 It was confirmed by a family member that two time winning Kentucky Derby and Hall of Fame trainer LeRoy Jolley died Dec. 18 at Albany Medical Center in Albany, N.Y. He suffered from lung cancer and was 80.

Originally from Hot Springs, Ark., Jolley was the son of famed trainer Moody S. Jolley, who died in 1976.

LeRoy Jolley won his first Derby with John L. Greer’s Foolish Pleasure in 1975, who had been the previous year’s champion 2-year-old male. Jolley won his second Derby in 1980 with Diana Firestone’s Genuine Risk, only the second filly to win the Run for the Roses. Other champions trained by Jolley were Honest Pleasure (2-year-old champion male), What a Summer (1977 champion sprinter), and Meadow Star (1990 2-year-old filly).

Jolley started hot walking horses for his father at the young age of 7, and spent summers working in his father’s barn. After one year at the University of Miami, he returned to work for his father. He took out his trainer’s license in 1958. He received his New York State trainers license at the age of 19. His first stakes winner was Ridan, the co-champion 2-year-old male of 1961.

“My father and my uncle were trainers, so I grew up around the racetrack,” Jolley has said. “You think someday I’d love to have a horse good enough to run in this race or that race. And for me, Foolish Pleasure was the horse that won all of those races. He was an outstanding, great horse. He was a great competitor and now matter who you ran him with, he gave it his best and that’s all you can ask of a horse or anybody else.”

Jolley is survived by two sons and a daughter.

Kentucky Derby Tours had a box seat at Churchill Downs in 1975 next to the Firestone’s, owners of Genuine Risk. Need less to say, all the ladies on the tour were betting on Genuine Risk. It was very exciting to see the Firestone’s win and head to the winners circle that year!