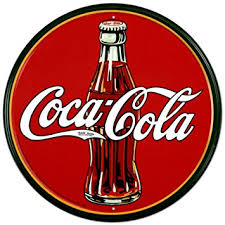 “Churchill Downs and Coca-Cola are two American icons so the partnership is an especially strong fit,” said Kristin Warfield, Vice President of Partnerships at Churchill Downs Racetrack. “The hundreds of thousands of racing fans who come from all over the world to experience Churchill Downs’ world class horseracing and the Kentucky Derby will now be able to enjoy a broad range of Coca-Cola products and experiences.”

“Churchill Downs is one of the most iconic sports venues in the world,” said Heather Hucks, Sr. Director, Brand Marketing at Coca-Cola Consolidated. “We are delighted to bring racing fans a variety of leading beverage choices throughout the year and at the Kentucky Derby. As the local bottler, we are committed to the Louisville community and are excited to grow this partnership – both on the track and off.”

Coca-Cola Consolidated took over Coca-Cola operations in the Louisville region in February 2015, which was previously serviced by Coca-Cola Refreshments. Later that year, Coca-Cola Consolidated celebrated the grand opening of a brand new 305,000 sq. ft. sales and distribution center. The company invested more than $12 million in the state-of-the-art facility, which employs more than 350 people and distributes Coca-Cola products to 21 counties in the Kentucky region.